This blog post is a still salient 2013 article from the New York Times about credential inflation in the American job market. Turns out that if you want to be a file clerk or runner at a law firm these days, you’re going to need a four-year college degree. Here’s a link to the original. 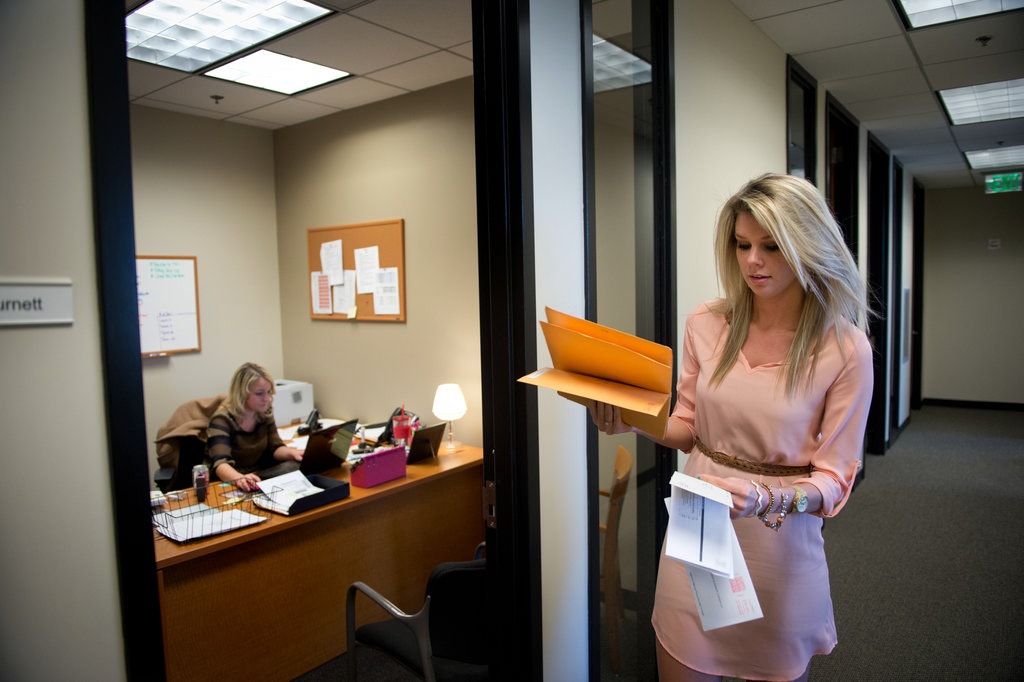 It Takes a B.A. to Find a Job as a File Clerk

ATLANTA —The college degree is becoming the new high school diploma: the new minimum requirement, albeit an expensive one, for getting even the lowest-level job.

Consider the 45-person law firm of Busch, Slipakoff & Schuh here in Atlanta, a place that has seen tremendous growth in the college-educated population. Like other employers across the country, the firm hires only people with a bachelor’s degree, even for jobs that do not require college-level skills.

This prerequisite applies to everyone, including the receptionist, paralegals, administrative assistants and file clerks. Even the office “runner” — the in-house courier who, for $10 an hour, ferries documents back and forth between the courthouse and the office — went to a four-year school.

“College graduates are just more career-oriented,” said Adam Slipakoff, the firm’s managing partner. “Going to college means they are making a real commitment to their futures. They’re not just looking for a paycheck.”

Economists have referred to this phenomenon as “degree inflation,” and it has been steadily infiltrating America’s job market. Across industries and geographic areas, many other jobs that didn’t used to require a diploma — positions like dental hygienists, cargo agents, clerks and claims adjusters — are increasingly requiring one, according to Burning Glass, a company that analyzes job ads from more than 20,000 online sources, including major job boards and small- to midsize-employer sites.

This up-credentialing is pushing the less educated even further down the food chain, and it helps explain why the unemployment rate for workers with no more than a high school diploma is more than twice that for workers with a bachelor’s degree: 8.1 percent versus 3.7 percent.

Some jobs, like those in supply chain management and logistics, have become more technical, and so require more advanced skills today than they did in the past. But more broadly, because so many people are going to college now, those who do not graduate are often assumed to be unambitious or less capable.

Plus, it’s a buyer’s market for employers.

“When you get 800 résumés for every job ad, you need to weed them out somehow,” said Suzanne Manzagol, executive recruiter at Cardinal Recruiting Group, which does headhunting for administrative positions at Busch, Slipakoff & Schuh and other firms in the Atlanta area.

Of all the metropolitan areas in the United States, Atlanta has had one of the largest inflows of college graduates in the last five years, according to an analysis of census data by William Frey, a demographer at the Brookings Institution. In 2012, 39 percent of job postings for secretaries and administrative assistants in the Atlanta metro area requested a bachelor’s degree, up from 28 percent in 2007, according to Burning Glass.

“When I started recruiting in ’06, you didn’t need a college degree, but there weren’t that many candidates,” Ms. Manzagol said.

Even if they are not exactly applying the knowledge they gained in their political science, finance and fashion marketing classes, the young graduates employed by Busch, Slipakoff & Schuh say they are grateful for even the rotest of rote office work they have been given.

He would know: he spent several years, while at Georgia State and in the months after graduation, scrubbing sedans at Enterprise Rent-a-Car. Before joining the law firm, he was turned down for a promotion to rental agent at Enterprise — a position that also required a bachelor’s degree — because the company said he didn’t have enough sales experience.

His college-educated colleagues had similarly limited opportunities, working at Ruby Tuesday or behind a retail counter while waiting for a better job to open up.

“I am over $100,000 in student loan debt right now,” said Megan Parker, who earns $37,000 as the firm’s receptionist. She graduated from the Art Institute of Atlanta in 2011 with a degree in fashion and retail management, and spent months waiting on “bridezillas” at a couture boutique, among other stores, while churning out office-job applications.

“I will probably never see the end of that bill, but I’m not really thinking about it right now,” she said. “You know, this is a really great place to work.”

The risk with hiring college graduates for jobs they are supremely overqualified for is, of course, that they will leave as soon as they find something better, particularly as the economy improves.

Mr. Slipakoff said his firm had little turnover, though, largely because of its rapid expansion. The company has grown to more than 30 lawyers from five in 2008, plus a support staff of about 15, and promotions have abounded.

“They expect you to grow, and they want you to grow,” said Ashley Atkinson, who graduated from Georgia Southern University in 2009 with a general studies degree. “You’re not stuck here under some glass ceiling.”

Within a year of being hired as a file clerk, around Halloween 2011, Ms. Atkinson was promoted twice to positions in marketing and office management. Mr. Crider, the runner, was given additional work last month, helping with copying and billing claims. He said he was taking the opportunity to learn more about the legal industry, since he plans to apply to law school next year.

The firm’s greatest success story is Laura Burnett, who in less than a year went from being a file clerk to being the firm’s paralegal for the litigation group. The partners were so impressed with her filing wizardry that they figured she could handle it.

“They gave me a raise, too,” said Ms. Burnett, a 2011 graduate of the University of West Georgia.

The typical paralegal position, which has traditionally offered a path to a well-paying job for less educated workers, requires no more than an associate degree, according to the Labor Department’s occupational handbook, but the job is still a step up from filing. Of the three daughters in her family, Ms. Burnett reckons that she has the best job. One sister, a fellow West Georgia graduate, is processing insurance claims; another, who dropped out of college, is one of the many degree-less young people who still cannot find work.

Besides the promotional pipelines it creates, setting a floor of college attainment also creates more office camaraderie, said Mr. Slipakoff, who handles most of the firm’s hiring and is especially partial to his fellow University of Florida graduates. There is a lot of trash-talking of each other’s college football teams, for example. And this year the office’s Christmas tree ornaments were a colorful menagerie of college mascots — Gators, Blue Devils, Yellow Jackets, Wolves, Eagles,Tigers, Panthers — in which just about every staffer’s school was represented.

“You know, if we had someone here with just a G.E.D. or something, I can see how they might feel slighted by the social atmosphere here,” he says. “There really is something sort of cohesive or binding about the fact that all of us went to college.”