This post is a piece by my favorite education writer, Jay Mathews at the Washington Post.  Here’s a link to the original.

It’s his discussion of a new book by Tom Loveless at the Brookings Institution, Between the State and the Schoolhouse: Understanding the Failure of Common Core.  The book is an examination of why the standards-based school reform movement doesn’t work.  Ten years after it was initiated, Loveless says, “scant evidence exists that Common Core produced any significant benefit.”

Instead of this top-down approach to school reform, both Loveless and Mathews advocate for a bottom-up approach:

Supporting the best teachers and spreading their methods to others, classroom by classroom, has worked for schools that have focused on that. But it takes flexibility and common sense, rarely found in our big plans that never seem to achieve the promised results.

See what you think. 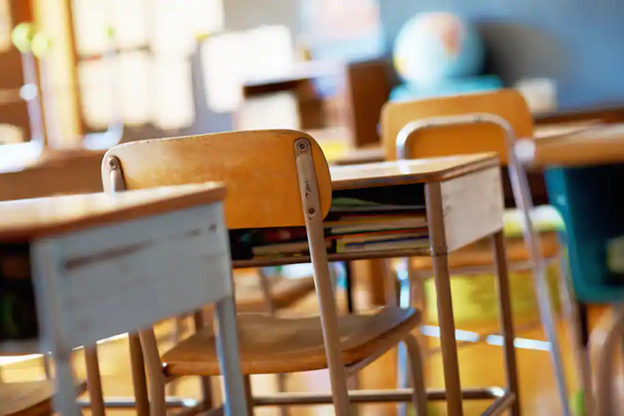 As one of our most celebrated education reforms — the Common Core State Standards — sinks into oblivion, will we finally give up on big-time top-down plans to save our schools?

I bet we won’t. We can’t help ourselves, even with convincing proof from an intriguing new book that any further outsized attempts to raise achievement with better standards will fail, as all the others have.

You can feel the exasperation in every word as Tom Loveless, a former senior fellow at the Brookings Institution, sums up his main conclusion in “Between the State and the Schoolhouse: Understanding the Failure of Common Core.”

“The idea of standards-based reform should be abandoned. It doesn’t work,” he wrote.

Those of us who put our faith in bottom-up reforms, with individual teachers raising standards for each child, can find some hope here. “It could be that standards that take place organically — essentially, that evolve between parent and child in the home or between teacher and student in the classroom — produce good outcomes, but standards that occur through exogenous force or pressure — in this case policy-induced expectations — have no effect,” Loveless wrote.

Loveless taught elementary school for nine years near Sacramento before getting a doctorate and exploring the education system’s upper reaches. He has become one of our deepest and clearest scholars, a fine writer happy to buck trends. This book offers not only the truth about standards reform but one of the best short histories of American education I have ever read.

Loveless’s early uncertainty about Common Core led to interesting late Friday conversations over beers with friends who were passionate supporters, he wrote. He noted many smart people shared the belief of then-education secretary Arne Duncan that Common Core was “the single greatest thing to happen to public education in America since Brown versus Board of Education.”

A decade later, Loveless wrote, “scant evidence exists that Common Core produced any significant benefit.” Tens of billions of dollars were spent. Yet studies describe only “small effects, ranging from about plus or minus one-tenth of a standard deviation — or three or four points” on one of the federal National Assessment of Educational Progress tests.

Conservatives fought the plan in 40 states and the District because it replaced local initiatives. Progressives opposed it because it put so much emphasis on tests.

At the beginning, Common Core won widespread support in polls of teachers and parents. But it gradually became clear they did not realize how much it would complicate classroom routines and homework.

Of course it would have to be implemented correctly, its many supporters said. However, few appreciated how vital and difficult that would be. “Saying that standards depend on implementation is a bit like saying skydivers’ enjoyment of the day depends on their parachutes opening,” Loveless wrote.

Common Core requirements such as “close reading of texts” sounded good until they were explained. A New York State teaching guide cited by Loveless said close reading meant students should first read the Gettysburg Address cold, with no background to prepare them. That approach forced them “to rely exclusively on the text instead of privileging background knowledge and levels the playing field for all students.” That was at odds with much research showing that the more background students had, the more they understood. It also implied that school was a track meet and not a learning experience.

The selling of Common Core included two little white lies. Supporters insisted it “was not a curriculum — a choice that would be left to state and local officials — and that it did not dictate instructional strategies, a decision left to teachers,” Loveless wrote. But if learning standards “are truly a change from the status quo,” he wrote, “they cannot be achieved without fundamentally changing K-12 curriculum and instruction.”

Studies show that teachers often wrongly interpret new instructions or standards as close to what they are already doing. “The system has too many layers — state, district, schools, classrooms — to guarantee smooth organizational transmission,” Loveless wrote.

He said if we shelve standard-based reform forever, educators may instead experiment with reforms that can be adjusted for different teachers and different students. We can develop different and better testing systems.

Loveless takes a speculative journey at the end. What if, he asked, all that money spent on Common Core had been devoted to “discovering new, more powerful ways of teaching and creating new, more effective curricula?”

“Fractions are like a gigantic wall that kids hit in fourth, fifth and sixth grades; some crawl over, but many do not,” he wrote. What if that Common Core money had instead funded “dozens of experiments to discover new curricular materials and new ways of teaching fractions, field tested new programs in randomized trials, and then disseminated the findings broadly?”

Makes sense to me. Too much sense. Will we ever support a plan as modest as getting our kids safely through fractions? That doesn’t sound like us, particularly with our schools in such a mess because of the pandemic.

Supporting the best teachers and spreading their methods to others, classroom by classroom, has worked for schools that have focused on that. But it takes flexibility and common sense, rarely found in our big plans that never seem to achieve the promised results.