This post is an essay by Wilfred M. McClay, published in Hedgehog Review in 2016. which explores the problems with meritocracy.  Here’s a link to the original.  This is an issue I’ve explored a lot in this blog (see the list here), and I’ll be coming back to it again from time to time.

It’s one of the best pieces I’ve read about how the meritocracy — so promising in conception — has gone wrong.  I used to assign it in my classes and it provokes good discussions.  The principle of assigning social positions to individuals based on merit rather than birth is hard to argue against.  But the problem is that as the principle has become operationalized in social practice, and particularly after it has become educationalized, it has lost its luster.

The central issue arises from Goodheart’s law: “when a measure becomes a target, it is no longer a valid measure.”  When college degrees become the measure of merit, then everyone has a powerful incentive to attain these degrees by whatever means necessary.  Top rewards then go to those who are most adept at gaming the system.  And those people come primarily from the upper middle class families in which both parents are elite college graduates.

These families have the economic capital to buy the best K-12 schooling (public or private), pay the full sticker price for tuition, hire college counselors and SAT tutors, do the grand college tour, familiarize children with high culture, make strategic donations to the college development fund, and provide their kids with the components for a well-furnished application resume that enhances their attractiveness to admissions officers (skill at a nonrevenue sport and a musical instrument, foreign travel, unpaid internships, and volunteer experiences, all of which help present their children as candidates who show promise at both doing well and doing good).

They also have the cultural capital that enables them to know how the university system really works (e.g., that the key is not in going to college but in going to the right — meaning the most selective — college); to make sure their children talk the talk (NYT, NPR) and adopt the look (dressing bourgeois bohemian) of a promising college student; and to guide them how to optimize their college experience for the greatest future benefit (gain leadership experience, develop networks, pick the right major and the right faculty mentor, and sign up for the right summer experience).

And they have the social capital that keeps them closely in tune with college faculty, administrators, and admissions officers; allows them to leverage their alumni status to the greatest advantage; enables them to exploit networks to find back doors and gain the inside track; and generally work the system as an insider.

In the winner-take-all environment of gaining access to the most selective private institutions, these families are well positioned to turn incremental advantages in test scores and college rank into enormous advantages in access to the best graduate schools and the most prestigious and lucrative jobs.  The result, as McClay points out, is that Jefferson’s aristocracy of merit becomes an old-fashioned aristocracy of birth, as the well-born keep grabbing the best degrees and the best positions.

See what you think of his analysis. 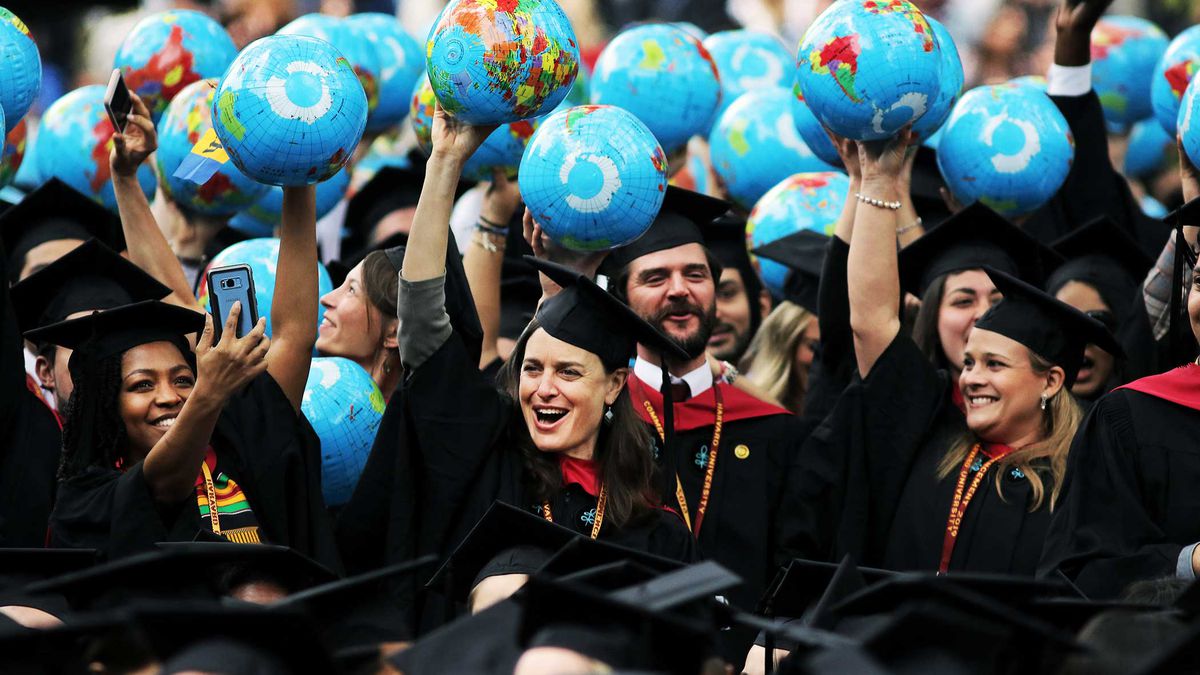 From the very beginnings of American history, the concept of merit has enjoyed a certain pride of place. It found a welcoming home in a new republican nation that, from its inception, had sought to proscribe the titles of nobility and other hereditary distinctions of social and political rank, as well as practices such as primogeniture and entail that had long been characteristic of European aristocratic society. But even the most equality-affirming republic would need to generate a pool of talented and effective leaders, a leadership class recruited and empowered for public service. How to find appropriate means by which the members of such a class could be identified, trained, and elevated to that station? Who should lead, and how should the leaders be chosen?

In a republican America, these questions could no longer be answered by reliance upon bloodlines or skillful machinations. The answers would have to be grounded in the concept of merit. Those with demonstrable experience, those seen to possess the skills, knowledge, character, wisdom, and civic virtue requisite for membership in a “natural aristocracy,” would therefore be those most deserving of high standing and high responsibilities. But how were those individuals to be found and nurtured? If they were no longer thought to be available to be plucked from certain family trees, were they instead to be found randomly distributed among the members of a given society, like the souls of gold and silver drawn from the earth (or so the “noble lie” would have it) in Plato’s imaginary republic?1 Would their education, like the education of the Platonic guardians, be the key to developing their natural excellences and harnessing those talents to the furtherance of the public weal?

Thomas Jefferson thought so, and in his magnificent lifelong correspondence with John Adams, both he and his intellectual sparring partner traded friendly blows over these very questions. Despite their common commitment to anti-hereditarian republicanism, Jefferson and Adams arrived at different conclusions about the prospects of a natural aristocracy, that is, of rule by the meritorious. They agreed that a naturally superior few would necessarily play a central role in the politics of any society. But for Jefferson it was not aristocracy per se, but the rule of “pseudo-aristoi” in hereditary or otherwise faulty regimes that was the source of the problem.2 He thought it of central importance to separate out the “natural aristoi” of society, and to educate and cultivate them for leadership and public service. Adams, on the other hand, regarded the emergence of an aristocracy as something both inevitable and inherently dangerous. He feared the influence of any such aristoi, and sought to restrain their influence by means of the classical constitutional model, as articulated by Polybius, of a “mixed government,” in which aristocracy’s distinctive political voice would be recognized as such and then confined to a senate-like body.3

Adams lost that debate. Jefferson’s more optimistic voice has proven the louder and more influential in subsequent history (though, as we shall see, not necessarily the wiser or more prophetic). Any explicit recognition of an aristocracy as such would never have passed muster in post-revolutionary American constitution-making. But an aristocracy based solely on merit would appear, at first glance, to follow broadly Jeffersonian lines, a melding of the otherwise conflicting values of equality and excellence, of democracy and aristocracy, a melding thoroughly congenial to American sensibilities.