This post is a piece of mine that was published last year in Inside Higher Ed.  Here’s a link to the original.

It’s about an inherent tension in the act of writing between arrogance and humility. 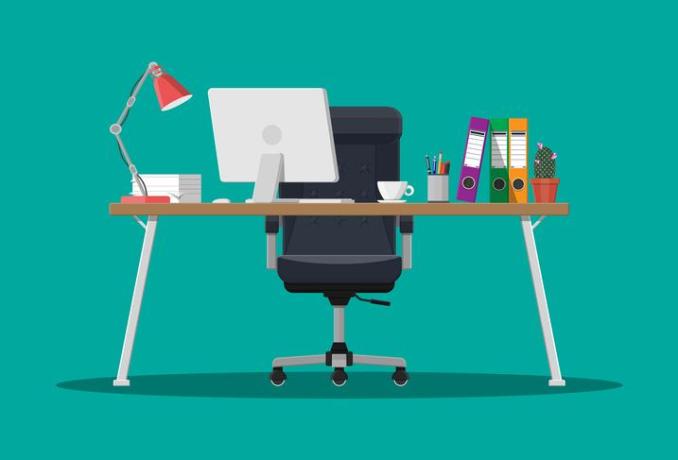 An Exercise in Arrogance and Humility

To be a good academic writer, you must deploy a judicious mix of two contradictory traits that are a disaster by themselves but together make magic

When you sit down to write a paper for an academic journal, you find yourself at the intersection of two social roles. You’re an academic, which means you need to operate within the constraints of professional norms, disciplinary genres and research methodologies. But you’re also a writer, who needs to attract and hold readers in order to make your case to them effectively. To be a good academic writer, you must deploy a judicious mix of two contradictory traits: arrogance and humility. Each by itself is a disaster, but the combination makes magic.

Consider how arrogant it is to put your thoughts in writing and then publish the result. You’re telling people, “Hey, I’ve got something to say. Listen up. Drop what you’re doing and start reading what I’m putting in front of you. Trust me, it’s more important than the other things you might spend time on. And don’t just start reading, read all the way to the end. What I wrote not only starts strong but it gets better, and the best comes at the end.”

That’s really pushy, isn’t it? You’re asking readers to give you their full attention, and you’re guaranteeing it will be worth their while. And it puts a lot of pressure on you to come through on your promises. This better be good. That’s a useful kind of pressure for the writer — the need to write something that’s not humdrum but eye-opening.

For one thing, you need to have an important story to tell. You can’t just be repeating what others have said or rehashing the familiar. You must find an angle that’s fresh and intriguing for the reader. It’s not that you’re necessarily opening up a whole new domain of knowledge — most of us never get to do that. The key is that you’re developing a novel approach to a familiar subject, using a literary scalpel to cut through the subject and producing a slice that shows it in a different light.

For another, you need to find a compelling way to tell your story, so that readers can see right away what the cool stuff is and feel an urge to keep reading all the way to the end. You need language that grabs the reader’s attention and strong verbs that keep pushing the reader forward through the text. You need a mix of long sentences that spell out the argument and short sentences that drive the point home. You need enough signposts so the reader never gets lost in the labyrinth of language — but not so many that it feels more like an outline than a story in motion. And you need to put the emphasis on key ideas by placing them at the end of sentences and paragraphs.

If you don’t do all this, then your exercise in scholarly arrogance can end up leaving you — and here’s the second part of my story — humiliated. You’re putting yourself out there with your promises, and this invites the risk of abject public failure. Your piece just doesn’t work: it falls short of its advertising, it’s confusing, it’s boring, it’s a waste of time. You demanded people’s attention and then you let them down. Like other readers, scholars are ruthless about discarding a piece of writing when it fails to meet its promise — whether that’s halfway through the article when you’ve left them adrift or at the end of the first page when you’ve given them no incentive to continue.

So one reason that humility is an important part of writing is that the fear of failure is a strong incentive to write well. Another reason is this: while you’re demanding people’s attention for the story you’re telling, you need to keep in mind that you may have the story wrong. You may have misinterpreted the evidence, overlooked alternative explanations, let your beliefs blind you to the facts, relied on a theory that doesn’t fit the case. Academic writers do make mistakes, and you are no exception to that rule. And making mistakes in writing carries a lot more weight than making mistakes in speech. The record of your failed assertion lasts forever in print and online, where it can’t simply fade into the ether.

As a result, even as you need a lot of arrogance in order to write, you also need to maintain a certain humility about how your writing will hold up over time. It’s a reminder that while you need to grab people’s attention, you don’t want to promise way more than you can deliver. You feel you have an important angle that you need to put down in writing and place before readers, but you must keep in mind that you may have it wrong. It’s a delicate balancing act, to command attention for your argument while also acknowledging the absence of certainty about it. Too much humility and you lose the attention of the reader; too much arrogance and you lose your credibility with the reader. Damned if you do, damned if you don’t. No wonder writers are so neurotic.

One way to keep your neurotic self-doubt under control is to bear in mind an important guiding principle for good writing: you are under no obligation to provide a perfectly uncontestable story. You need to have enough logic and evidence supporting your account to make you reasonably confident that it’s accurate, but you don’t need to be absolutely certain. Yours is not the last word on the subject.

Writing a journal article is a contribution to an ongoing academic conversation. The criterion for putting something out in print is that it will be a useful addition to the discourse. If you wait until you’re absolutely certain about the issue, it’s likely to be too late; the conversation will have moved on, and it will be the worse off for the absence of your contribution. It must be good enough to put out there but by no means perfect. There are no perfect arguments wholly protected from correction by others. So relax. Better to aim to be usefully provocative than to be boringly correct.

Embracing the uncertainty of your assertion will also make your writing more effective. It will save you from feeling compelled to qualify every statement and provide a counter to every argument, which will only cloud the clarity of your writing and undercut the urgency of the story you’re telling. You want to produce an analysis that is razor-sharp, cutting through the issues cleanly — not one that is surrounded with so many hedges and equivocations that your point disappears from sight.

It’s a conversation. You add a credible and provocative contribution, and let others provide counterarguments. No one will listen to you if you don’t have sufficient confidence in the argument you want to assert unless you do so forcefully. If a point is worth making, it’s worth overstating.

Academic writing is hard in part because getting the mix of arrogance and humility right is hard. Also, no matter how long you keep at it, writing never gets easier. It can, however, get better. Nice to end on that positive note.