This post is by Larry Cuban, which he posted on his blog last year.  Here’s a link to the original.

It’s a lovely illustration — literally — of the homogeneity of classroom organization around the world.  If you could be dropped in any one of these rooms out of the blue, without understanding anything about the cultural context or geographic location, you would know immediately that you were in a setting where schooling is taking place.  A school is a school is a school.  It’s hard to think of any other social institution that has so come to dominate the far corners of the globe.

Classrooms Around the World: What Do You See?

This post is a series of photographs of classrooms taken in 17 countries to mark UNESCO-sponsored World Teachers’ Day (October 5, 2015). Instead of my offering commentary on these diverse photos, I ask viewers to offer their impressions of these classrooms around the world.  I look forward to reading your comments. Thank you. 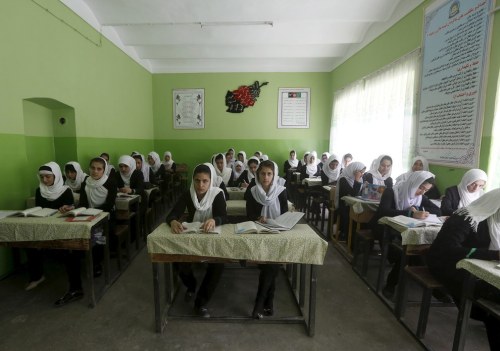 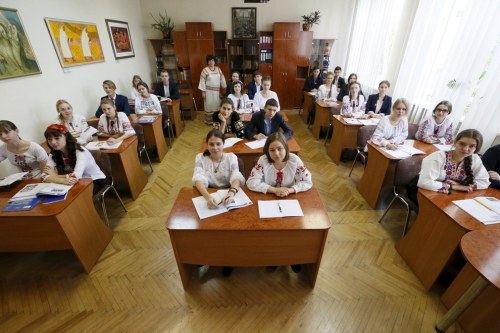 Art teacher Hanna Snitko poses for a picture with final year students of the Ukrainian Humanities Lyceum in their classroom in Kiev, Ukraine. (Gleb Garanich / Reuters) 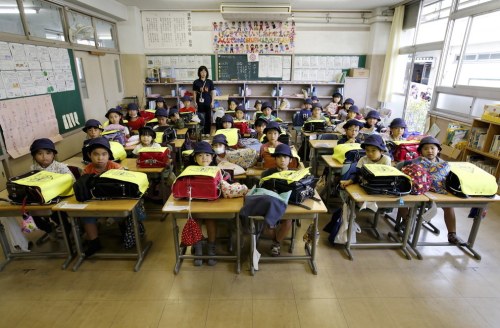 First-grade students with their teacher Teruko Takakusaki during their homeroom period at Takinogawa Elementary School in Tokyo, Japan. (Reuters)

Teacher Hanan Anzi with Syrian refugee students at Al Zaatari refugee camp in the Jordanian city of Mafraq, near the border with Syria. (Muhammad Hamed / Reuters) 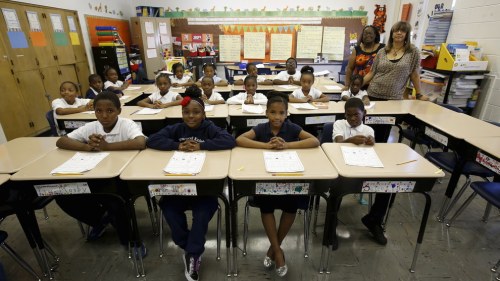 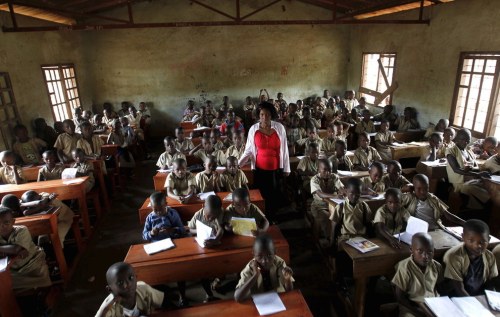 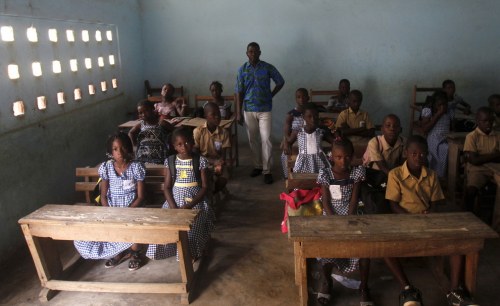 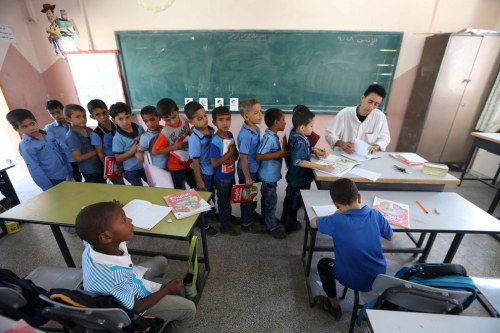 Mohammed Zurob marks an exercise for his first-grade students during an English lesson inside a classroom at Taha Huseen elementary school in Rafah in the southern Gaza Strip. (Ibraheem Abu Mustafa / Reuters) 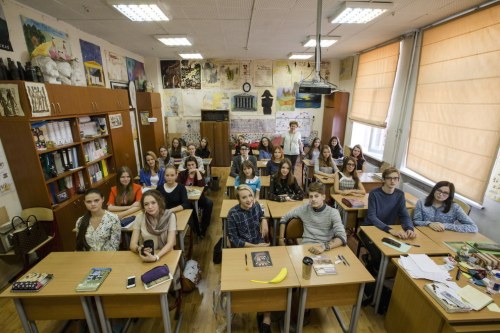 Students of the 10th form of the Gymnasium 1567 with their teacher of history, Tamara Eidelman, in Moscow, Russia. (Maxim Shemetov / Reuters)